Small 182W variations within the silicate Earth demonstrate that traces of Earth's earliest formation period have been preserved, but the origin of these anomalies remains poorly understood. The 182W anomalies are most commonly attributed to either very early differentiation processes or the heterogeneous distribution of late-accreted material in the mantle. For instance, our work has shown that 182W excesses observed in many Archean terranes most likely reflect that they are derived from sources lacking some portion of the late veneer. Intriguingly, the projected pre-late accretion 182W of Earth's mantle is indistinguishable from that of the Moon, as determined in this project. This Earth-Moon similarity for 182W challenges current models of lunar origin and suggests that post-giant impact Earth-Moon equilibration might be required. However, the pre-late accretion 182W composition of the Earth's mantle is not known precisely enough to rule out that this composition was distinct from that of the Moon.

By contrast to the 182W excesses observed for many Archaean samples, the 182W deficits observed in some OIBs (ocean island basalts) cannot easily be explained by late accretion; instead, they have been interpreted by others as evidence for very early metal-silicate fractionation events, signatures of which have been preserved at the base of the mantle. Nevertheless, a more obvious cause of the 182W deficits may be core-mantle exchange, but it is currently unclear whether entrainment of core material into OIB sources is dynamically possible. Another possibility is that the 182W deficits in the OIBs are nucleosynthetic in origin and would then be inherited from Earth's accreting material. We have observed hints for nucleosynthetic W isotope anomalies in some OIBs, but further work is needed to confirm and quantify these observations.

To better understand the origin of 182W anomalies in terrestrial rocks and their significance for constraining the late growth history of the Earth, we propose a multifaceted approach that will combine high-precision isotope measurements, models of mantle dynamics that focus on core-mantle interaction and their role in the formation of ultra-low velocity zones at the core-mantle boundary, and an improved assessment of the geochemical budget and behavior of W in the silicate Earth. The longer-term objective of this project is to understand the origin(s) of 182W anomalies in terrestrial samples and their implications for late accretion and the origin of the Moon. 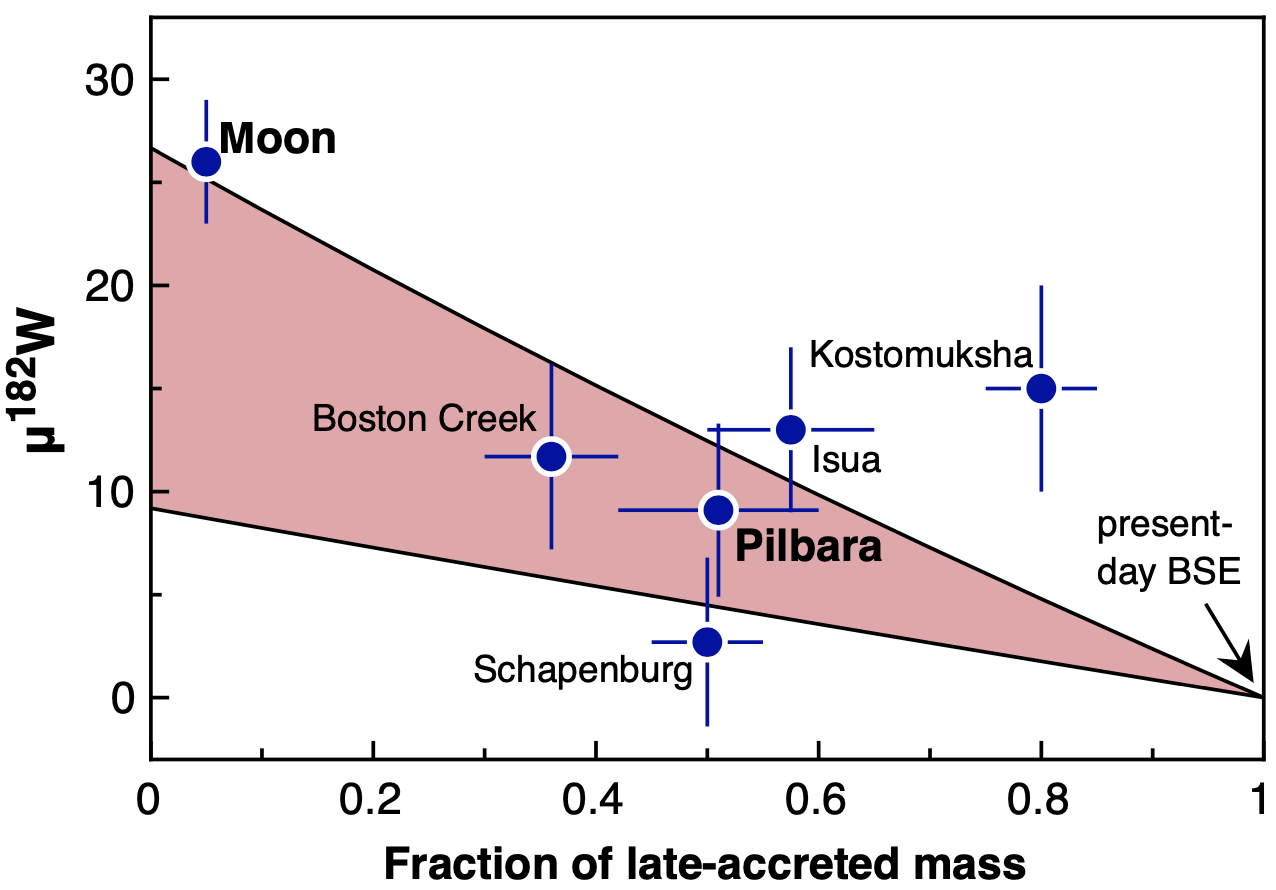 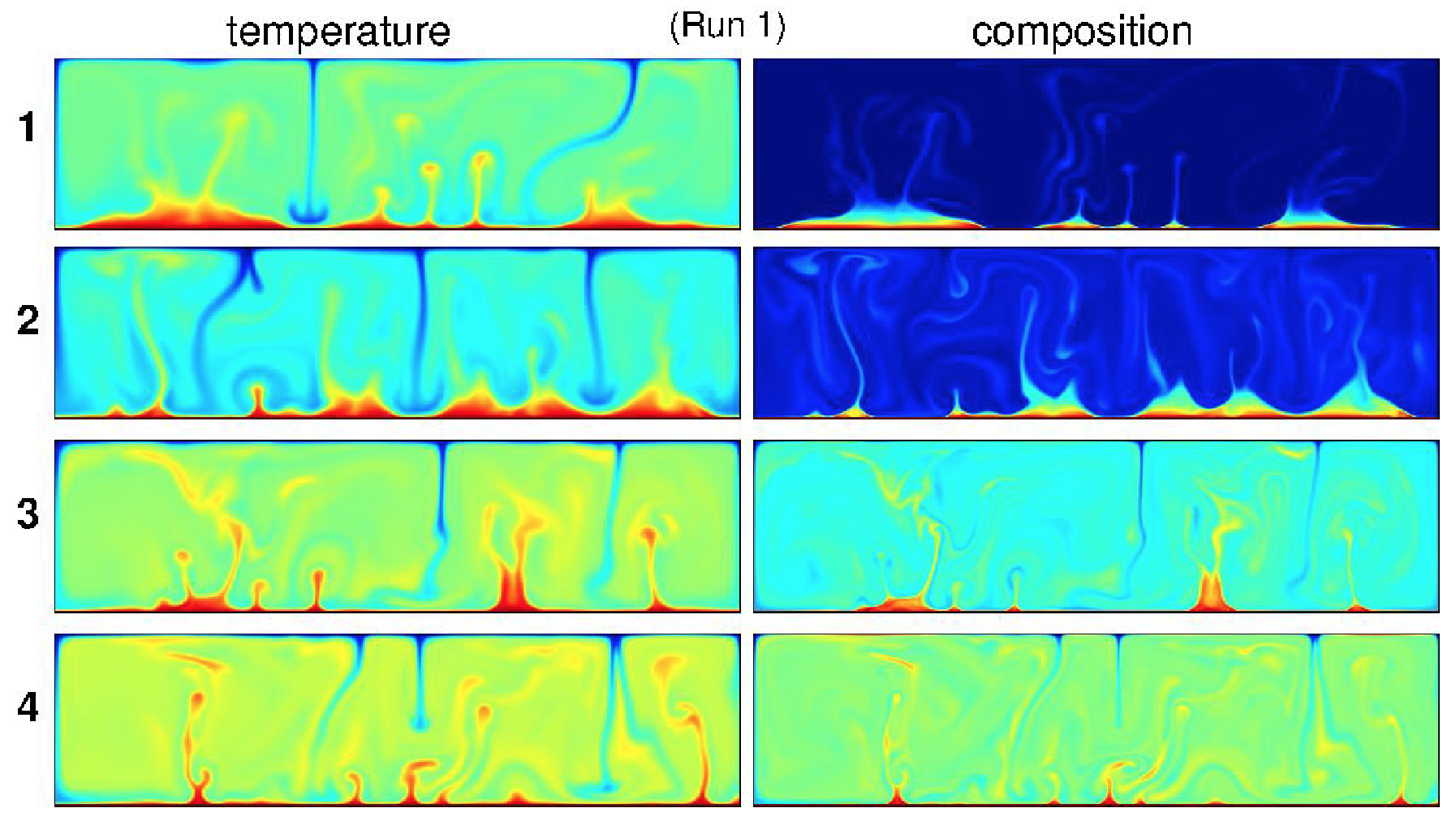 Figure: Temporal evolution of the temperature and compositional field for a model with core-mantle interaction (cf. setup in Fig 9, left). Clearly visible is the formation of dense basal piles in the compositional field that form beneath the plumes. Due to entrainment of dense material within the plumes, the dense material formed by core-mantle interaction reaches up into the mantle (it even reaches the surface, see atop left pile in panel 4). Mixing within the interior of the system is also visible (cf. low interior density [blue area] in panel 1 to increased interior density [greenish area] in panel 4).