C4 - From the Moon-forming impact to the era of late bombardment: the thermochemical evolution of the early Earth–Moon system

The Moon-forming impact is thought to be the last giant collision event that Earth experienced, marking the end of Earth’s accretion process and setting the initial conditions for the subsequent thermochemical evolution of the Earth and the Moon. For both bodies, an early magma ocean is thought to have existed as a conse- quence of giant impacts leading to widespread melting. As the geological record of the early evolution history is lacking on Earth, only the Moon likely shows relicts of the crystallization of a global or partial magma ocean. The goal of this subproject is to understand how these magma oceans formed and crystallized and how they influenced the thermochemical and tectonic evolution of Earth and Moon.

In the first funding phase, we have set the groundwork for achieving this goal. We have advanced our shock-physics code (iSALE-2D and -3D) to model impacts ranging from tens of kilometer-sized impactors to giant collisions up to the size of the Moon-forming event to quantify the melt production and heating of Earth’s interior as a consequence of impact. Further, we have developed and tested a new model, based on a smoothed particle scheme, which allows for a comprehensive approach to the problem of magma ocean crystallization.

Using the thermal setting from impact modeling as our input for subsequent detailed fluid and thermodynamical modeling, we intend in the second phase to quantify dynamics, crystallization, and degassing of a magma ocean in order to constrain the resulting density and temperature profiles and volatile distribution. We have further shown in the first funding period that lunar magma ocean solidification took ~100–200 Ma and that convection and mixing of the solidified mantle cumulates likely occurred during solidification. As this would have a strong influence on the geochemical signature of the Moon and also the Earth, mineralogy and petrology must be considered in a self-consistent model in addition to the dynamics of the mantle. By combining our dynamical model with a petrological model for the Earth and the Moon and also considering the influence of impacts, in the second funding phase we will define the thermochemical condition at the time of the late veneer on both bodies. In the end, this subproject aims at providing a model that is consistent with the geochemical signature of the Earth and the Moon. 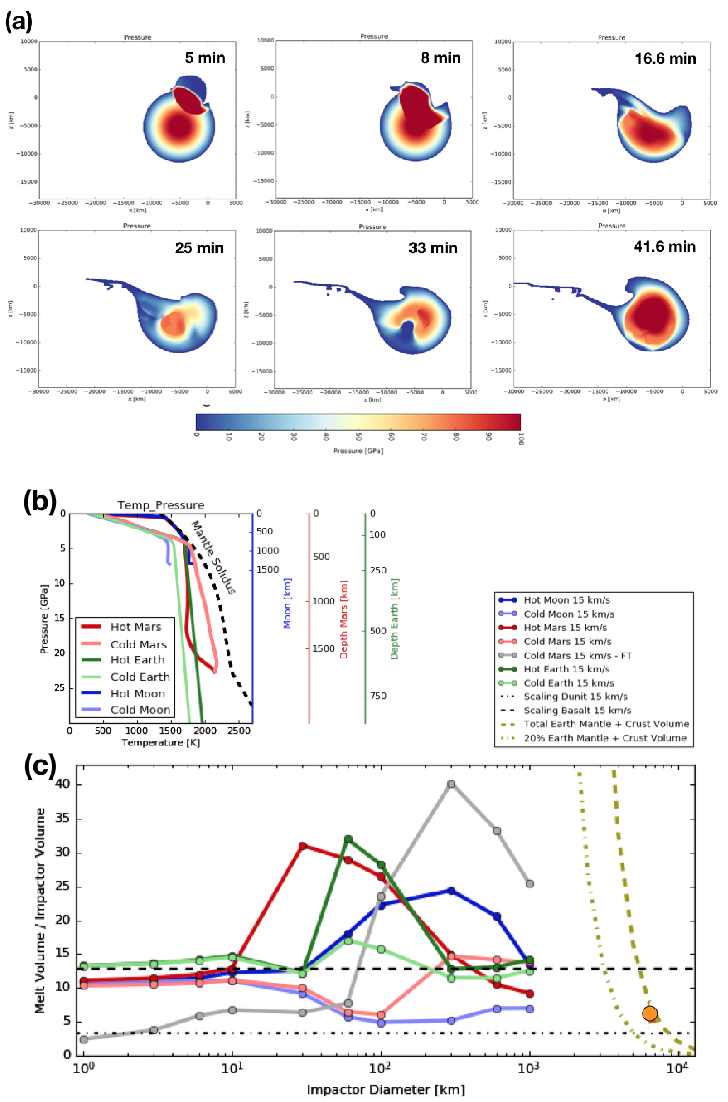