B6 – Comparing the (late) accretion history of Mars and Earth – timing, sources, dynamics

The dynamical evolution of the solar system is recorded in the elemental and isotopic composition of asteroids and planets. In particular, isotope anomalies of nucleosynthetic origin are instrumental to test, revise, and improve dynamical models of solar system and terrestrial planet formation. Using these nucleosynthetic anomalies, it has been shown that the asteroid belt samples bodies initially formed in distinct locations, i.e., the inner and outer solar system. The scattering of these bodies to their current location is possibly related to the growth and putative migration of Jupiter, and might have brought volatile-rich material to the formation region of the terrestrial planets. Since Mars and Earth represent different evolutionary stages of planetary growth, they most likely recorded this event in different ways. Mars formed within 10 million years (Ma) after the start of the solar system by accretion from planetesimals or pebbles, while the growth of Earth was more protracted and also involved the stochastic accretion of planetary embryos over tens of Ma. Mars can thus provide a high-resolution picture of the accretion dynamics during the initial stages of terrestrial planet formation, which is largely obliterated in the Earth by its extended accretion history. However, recent work on these topics has mostly concentrated on the Earth and its relation to chondrites, and, as such, the nucleosynthetic heritage of Mars is thus far under-explored, and high-precision nucleosynthetic anomaly data are missing for key elements. Here we propose to investigate terrestrial planet formation using nucleosynthetic anomalies, with a special focus on the genetic heritage of Mars. Preliminary Mo isotope work suggests a significant amount of outer solar system material in the accretionary mix during at least the late stages of Mars’s accretion. We will cross-check this finding by obtaining high-precision isotopic data for the siderophile element Ni, which, like Mo, constrains the heritage of the material dominating the terminal stages of accretion, and it also allows for distinguishing between inner and outer solar system materials. In addition, we will obtain high-precision isotope data for the lithophile elements Ti, Nd, and Sm for martian meteorites and a selection of chondrites and achondrites. With the combined data, we will evaluate the nature of the building blocks of achondrites, Mars, and Earth, with a particular emphasis on the variations in the outer to inner solar system materials. The overall aim of the project is to enable an integrated self-consistent dynamical model that accounts for the chemical and isotopic composition of the terrestrial planets throughout accretion. 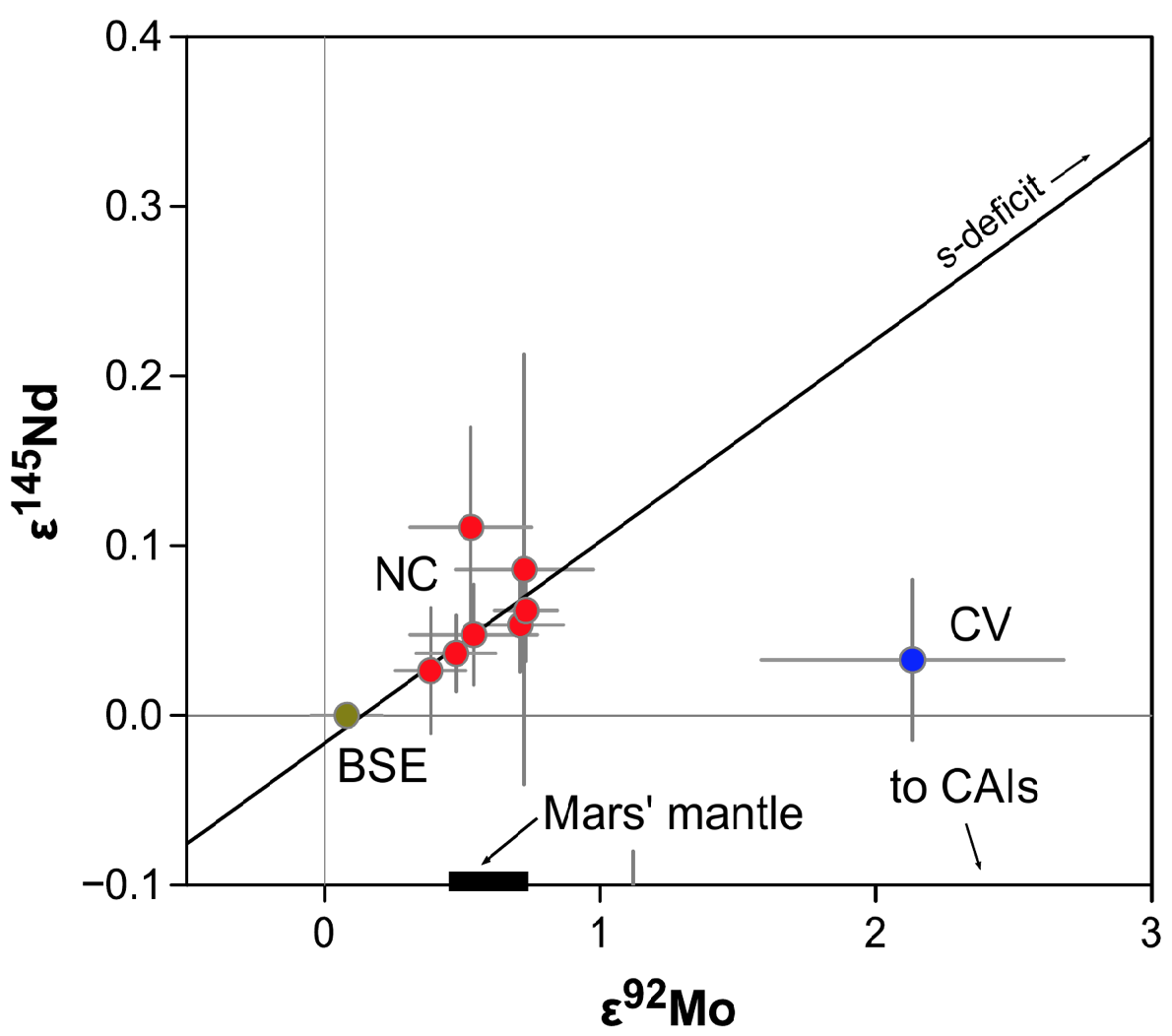