A6 – Comparative morphologies, ejecta plains, and ages of impact basins on the Moon and Mercury

Both Mercury and the Moon exhibit heavily cratered surfaces that have borne witness to the impact bombardment in the inner solar system over billions of years. One of the key questions related to the impact bombardment of the inner solar system is the source of projectiles. While some researchers argue that a single population of projectiles is responsible, others have found evidence for two populations. Using the latest high-resolution imaging and topography data and applying new techniques in dating large (>300 km) basin structures on the Moon and Mercury, we found that the production function of impact craters has remained constant for extended periods of time, thus being consistent with only one population. With this subproject A6, we intend to identify, characterize, and date basins/craters on Mercury and the Moon that are smaller than 300 km in order to extend our previous work to smaller diameters. Our goal is to study the production functions of these two bodies to investigate similarities and differences and whether both remained constant with time. The characteristics of impact ejecta is critical for our understanding of formation and ages of the basins. Both, Mercury and the Moon show the so-called light plains, characterised by smooth high-albedo deposits, but their origin is unclear. In the past, their origin was thought to be volcanic, but Apollo 16 revealed that some of the light plains were impact related. While little work has been done on light plains on Mercury, recent work suggests the lunar light plains are strongly related to the Orientale basin and/or the Imbrium basin, but for other depositions of material local craters may be responsible. Should the origin of light plains indeed be related to Orientale and Imbrium, we would expect a sharp peak in the age of many light plains that reflects the timing of the formation of Orientale and/or Imbrium. However, preliminary work shows a rather wide distribution in ages, making the formation of light plains solely by Orientale and/or Imbrium less plausible. The mapping and the statistics of craters on the light plains of Mercury may help us determine the sequence and ages of basin-forming events on the planet. 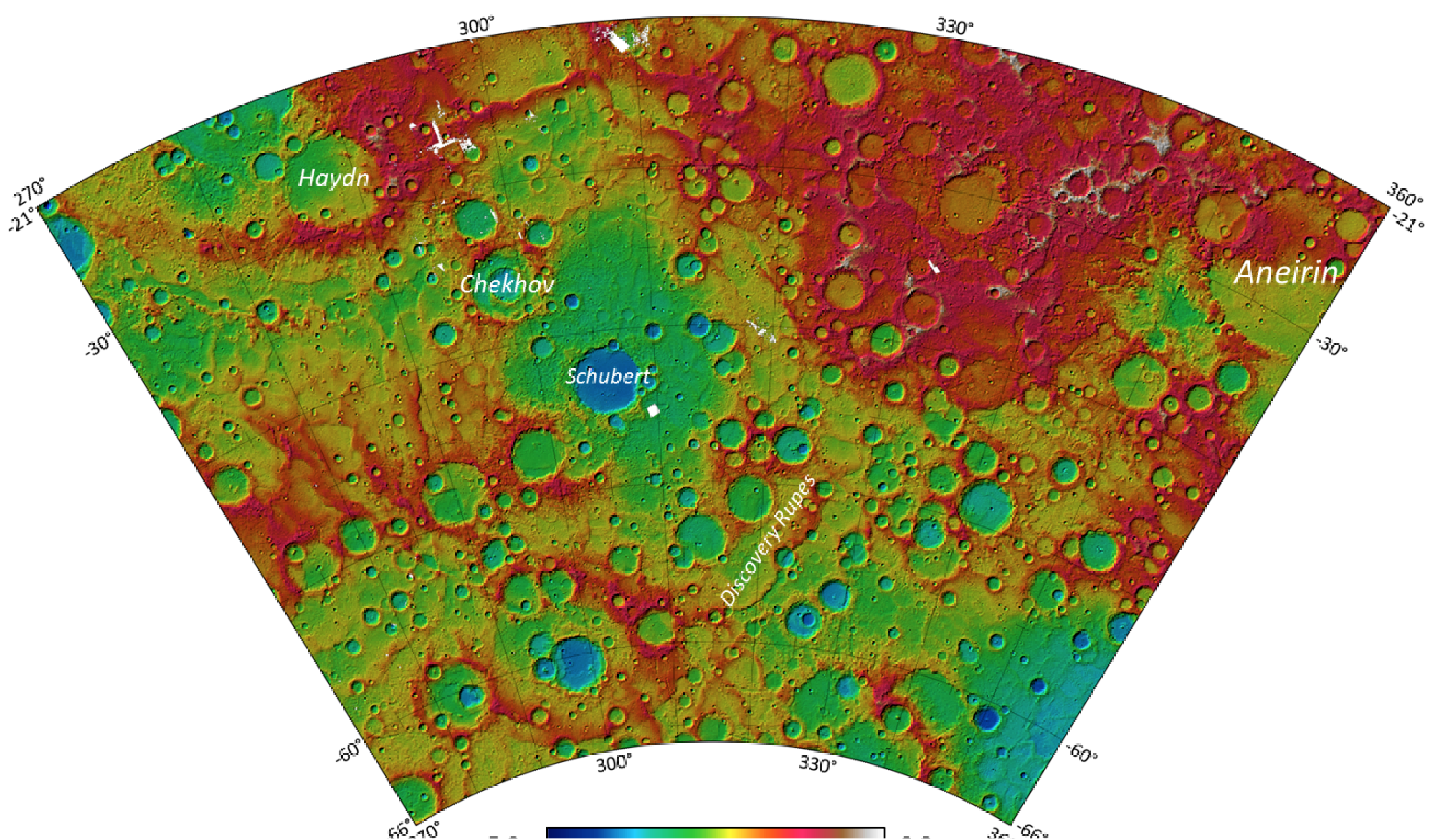